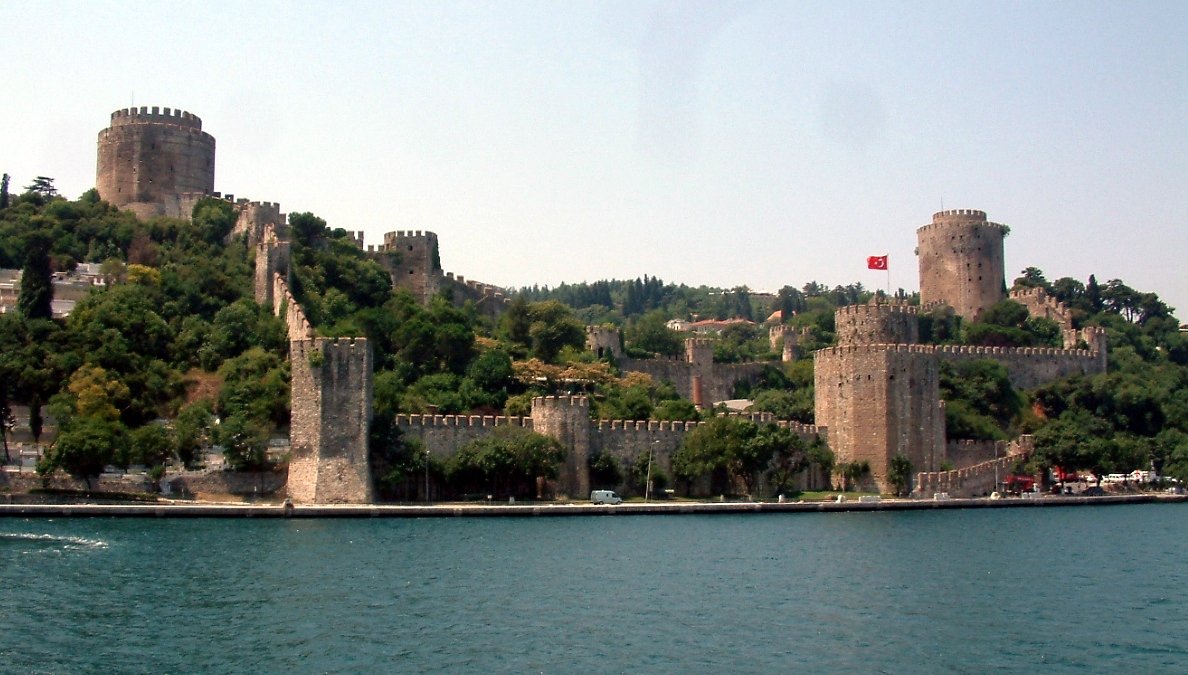 Rumeli Castle is the second oldest Ottoman fortress and is situated on the European shore. The monumental structure was commissioned by Fatih Sultan Mehmed II and built within a few months as part of his preparations for the siege of Constantinople.

From here at the narrowest point of the Bosphorus, in cooperation with the opposite fortress Anadolu Hisarı, the support for Byzantium coming via the Danube and the Black Sea could be prevented.

Given the strategic importance of the Sultan’s invasion plans, the record time in which the fortress was built is truly remarkable. With the help of 3,000 workers, the fortress was perfectly successful.

After the conquest of Constantinople, Rumeli Castle was used to monitor the Bosphorus and in the 16th century as a prison. The castle complex was built on a 30,000 square meter area. The walls were built of stones from surrounding ruins and are up to 7 meters thick. The three main towers, named after the viziers Halil Paşa, Saruca Paşa and Zaganos Paşa, had pitched roofs covered with lead until 1830. Thirteen smaller towers are also part of the complex and connected by the walls.

In 1953, on the occasion of the 500th anniversary of the capture of Constantinople, Rumeli Castle was restored and opened to the public. Today it houses a cannon museum and is the venue for open-air concerts during the summer months.