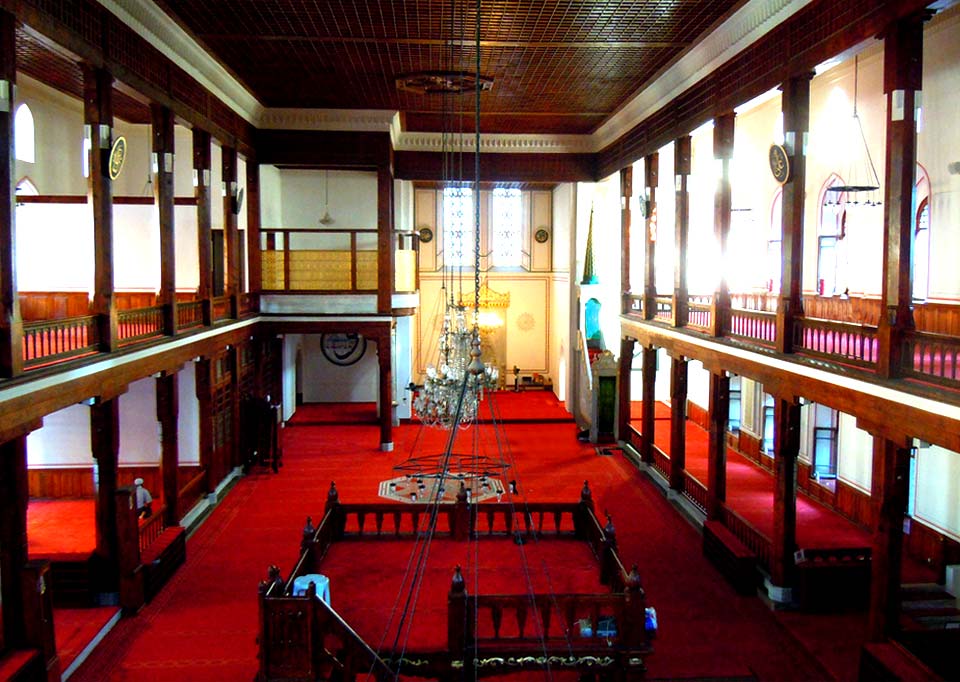 The Arab Mosque (Turkish: Arap Camii) is located in Tersane Caddesi in the Galata district and is the largest mosque on the Golden Horn side.

Unfortunately, it has not yet been possible to prove when and, more importantly, by whom it was built. One assumption is that a mosque with the name Mesa Domenico, St. Paul or St. Irene used to stand on the site of the mosque and that it was later converted into a mosque. Initially, the mosque was named “Galata Camii”. Around 1492, the area was populated by Muslims, who had mainly immigrated from Andalusia and were believed to be Arabs.

The historic mosque has a quadrangular floor plan and the front facade was built in a Gothic style. The angular minaret, which is rather unusual for the Islamic religion, was erected on the bell tower of the former church.

The conversion into a mosque is estimated between 1475 and 1478. The Christian interior was previously brought to Genoa. At the end of the 15th century, Sultan Beyazid II assigned the mosque to Muslims from Andalusia who had settled here after they escaped the Spanish Inquisition. Since then it is called “Arab Mosque”. After the large fire in Galata in the time of Sultan Mehmed III and another large fire in 1731, the seriously damaged building was completely restored on the order of Saliha Sultan, the mother of Mahmud I. After the third fire in 1807, the building was repaired again. Further extensive restorations followed in 1868 and 1913. The fountain in the forecourt was added in 1868.

The last long-term reconstruction took place between the years 1913 and 1919 under Giridli Hasan Bey from Crete. He inserted the still existing extensive wooden interior paneling and built the flat wooden roof. During the construction works, numerous Genoese tombstones from the 14th century were found underneath the building, which are now housed in the Istanbul Archaeology Museum. Since the mosque differs so fundamentally from all other mosques in the city, it is considered a very special attraction.