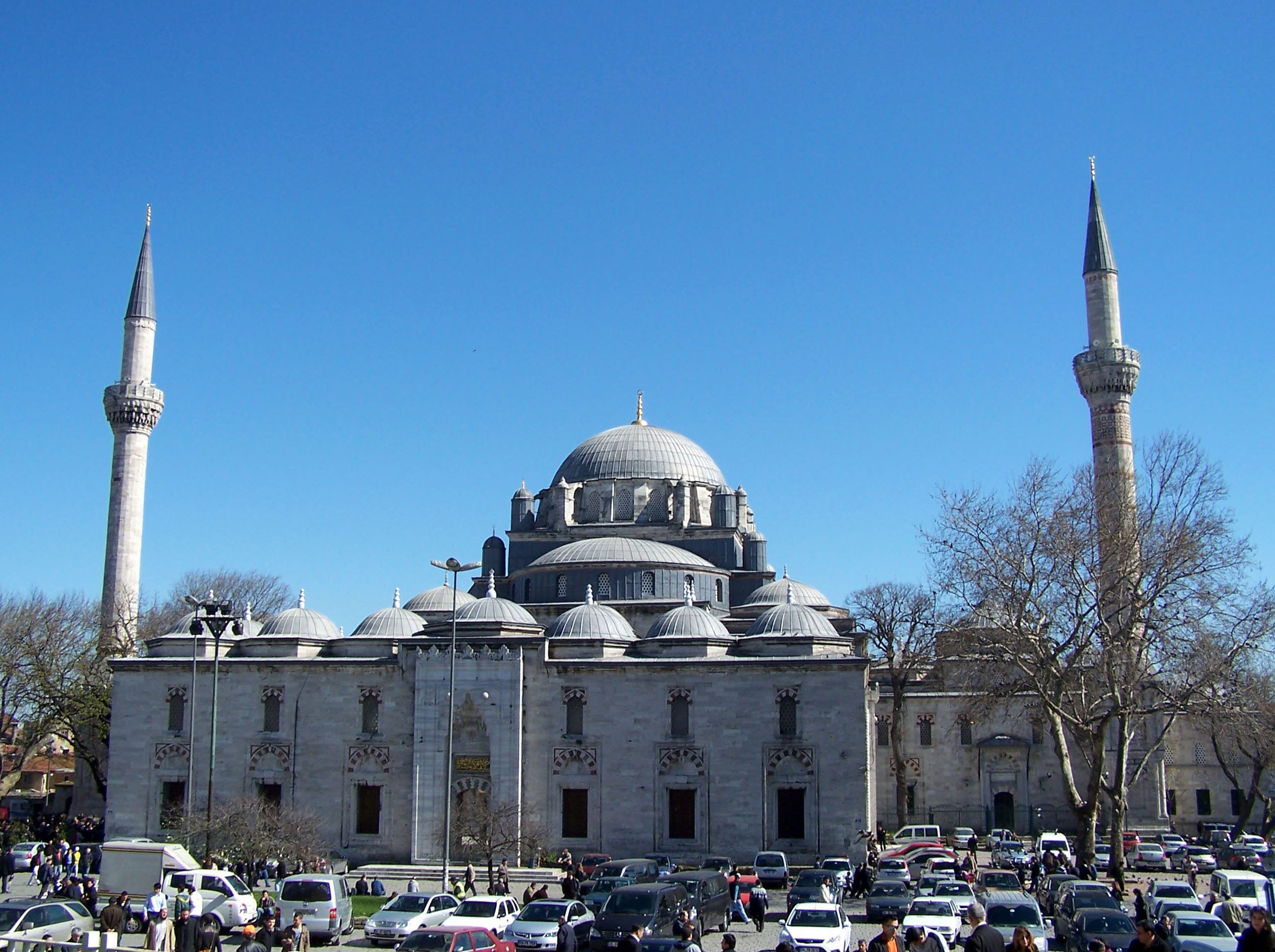 Istanbul’s oldest and still existing Sultan Mosque is the Beyazıt Mosque (or Bayezid Mosque) (Turkish: Beyazıt Camii). It is considered the prototype and epitome of Ottoman mosque architecture.

The mosque is situated on the historic Beyazıt Square, across from the Old Palace (Eski Saray) of the conqueror of Constantinople: Fatih Sultan Mehmed II (1451-1481). This magnificent mosque was built between 1500 and 1506 by architect Hayrettin on behalf of Sultan Beyazıt II, the son of the conqueror. Its architecture is stylistically reminiscent of the Hagia Sophia and marks the beginning of classical Ottoman architecture, which dominated for over two centuries. A combination of early Ottoman and Byzantine architectural techniques is predominant, with great emphasis placed on the use of stone such as marble, porphyry, verd antique and granite. The main dome of the Beyazıt Mosque is supported by smaller half-domes. The two minarets, which are unusually far apart, frame the sacred building; domed guest houses (tabhane) adjoin on the sides. Also noteworthy is the Sultan’s lodge made of rare marble and decorated with faience from the eighteenth-century.

The Külliye (mosque complex) also includes the türbe-garden, where the founder of the mosque Sultan Beyazıt II, his daughter Selçuk Hatun and Grand Vizir Reşit Paşa, who died in 1857, rest. In addition, the complex contained a soup kitchen (imaret), which has been a State Library since 1882, the picturesque Book Bazaar Sahaflar Çarşısı, a primary school, a madrasah, which formed a rectangular urban space and now houses the Calligraphy Museum, and an Ottoman bath, which is now only a large ruin at the Ordu Caddesi.