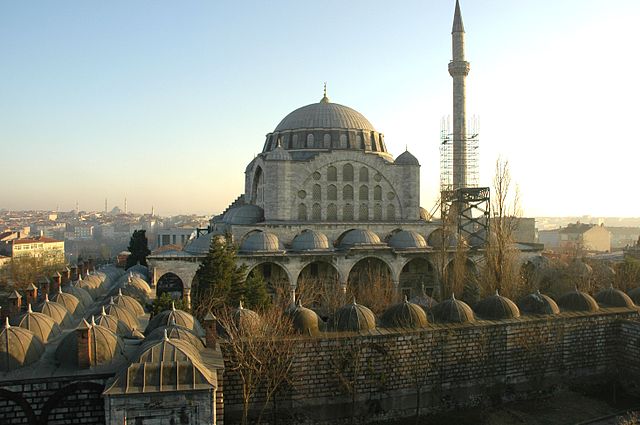 The Mihrimah Mosque is another masterpiece by the great architect Mimar Sinan. He built this mosque by order of Mihrimah, the daughter of Sultan Suleiman the Magnificent in the 1560s.

The mosque is located in Edirnekapı near the city walls and was a late work of the master architect. It is a very untypical and abstract example of Ottoman architecture.

The square interior is divided by four large pillars, which support the 37-meter-high main dome. The numerous windows in three rows, embedded in the tympanum of the high arches, provide plenty of natural light and create a spiritual impression. In the years 1719, 1766 and 1894 earthquakes caused much of damage, which was repaired in the beginning and middle of the 20th century.

A second Mihrimah Sultan Mosque, also built by Mimar Sinan, is located on the Asian side of Istanbul, just across from the ferry station in Üsküdar.