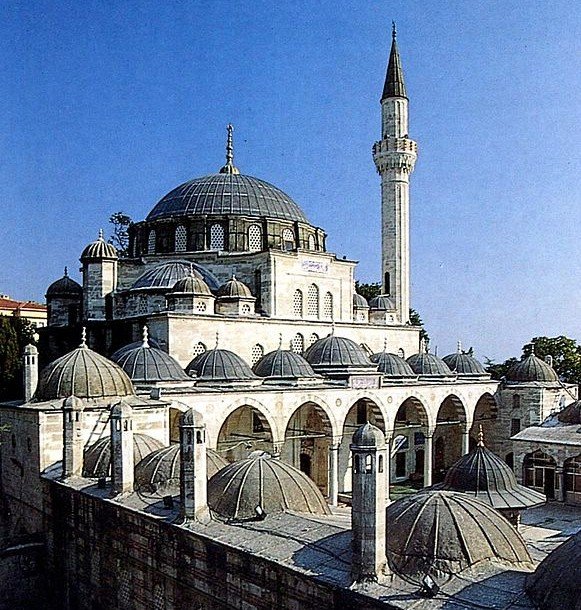 The Sokollu Mehmed Pasha Mosque is a great late work of the Ottoman master architect Mimar Sinan. In the 16th century, he achieved perfection with the hexagonal dome. With the foundation of the quadrangular square, a generous and pleasant atmosphere was created by placing the dome with four half-domes over the square.

The mosque was designed by Mimar Sinan in 1571, at the height of his architectural career. It is named after the Grand Vizier and commander Sokollu Mehmed Pasha (1505-1579). The actual donor was his wife Esmahan, daughter of Sultan Selim II.

The architectural harmony of the mosque is typical of Sinan’s masterpieces. An extraordinary feature is that the medrese (theological school) is not a separate, independent building, but part of the mosque and surrounds the forecourt. The interior impresses with its harmonious shape, the colored marble, the sensational high-quality Iznik tiles and the stained glass. Furthermore, the Sokollu Mehmed Pasha Mosque holds four fragments of the holy black stone from the Kaaba in Mecca. One of the fragments is framed with gold and is located above the entrance, two fragments are in the minbar (pulpit) and one in the mihrab (prayer niche).