The bazaars of Istanbul 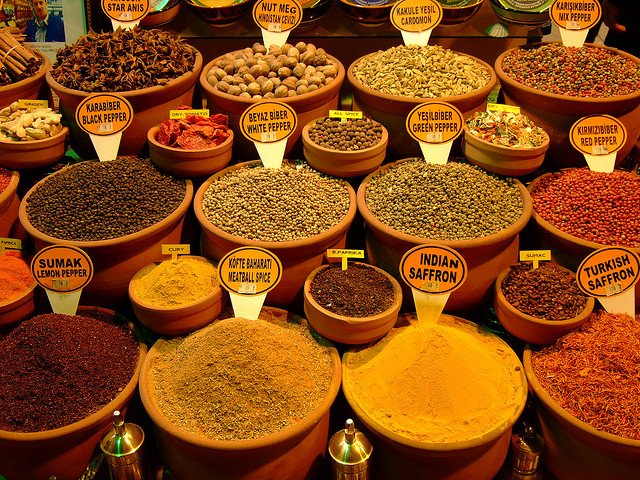 An aura of romance and oriental flair still today surrounds the old structures, the narrow, winding alleyways, the friendly merchants, the busy craftspeople and the abundance of colorful and exotic merchandise in the bazaars of Istanbul.

Some streets in which nearly exclusively gold or carpets are being sold, are reminders of the old days in which bazaars were sorted by branches and the craftsmen were divided into firmly organised trade guilds. The narrow spatial structure of mosques, Turkish baths, fountains, storing facilities, workshops and bazaar buildings originate from an era in which trade and religion were still inextricably linked and a strict market system ruled that was to uphold honesty and morality in the sense of the Islam.

The bazaars in Istanbul are trade centres of yesteryear and nevertheless still cast a spell on people from all over the world. However, tourists and locals don’t just come here to stroll through the labyrinth of long passageways, to soak in the sight of the laid out merchandise and take in the atmosphere; even today – just like it had been hundreds of years ago – they come to the bazaar to shop. Here they find everything that the consumers’ heart desires: everyday items and more select ones. The competition of modern shopping centres and auction platforms on the internet were unable to shake the foundation of the bazaar. Maybe the consistent success of such historic market places like the covered Grand Bazaar or the Spice Bazaar lies in the business deals being conducted according to a very special ritual. It is not about simply buying a carpet, a caftan or a bracelet: it’s about the act of buying.

Just like in a chess game the merchants and customers circle one another, attentive and respectful. One after the other makes its thought-through move. They under- and outbid each other. The merchant praises the fine craftsmanship of the extraordinary piece. The customer laments about his difficult financial situation. The merchant sighs about difficult times. He points out his big family, for which he alone provides. The customer talks about a cheap carpet he was offered somewhere else. The reaction of the opponent is being studied closely, as it may show whether one went a step too far or if one can go on playing the game. It is not unusual for this ritual to go on for hours until it comes to an end. However, then both parties part satisfied: the merchant made a good deal – never would he sell goods below their worth – and the customer pays just as much as he values the item.

Yet, during such nerve-wracking negotiations more than just a business deal is made and money exchanged against goods. One surrenders completely to the moment, dives into a world that you can hardly find outside the bazaar walls. People drink tea, talk about their lives, build up trust. Bazaars in Islamic countries are not just market places, but markets in the original sense: an place to exchange goods and stories, the centre of a society. Along these lines bazaars are also a reflection of oriental life.

An extract from the book “The Bazaars of Istanbul” written by Laura Salm-Reifferscheidt, Isabel Böcking and Moritz Stipsicz (Christian Brandstätter Publishing).

Please log in again. The login page will open in a new tab. After logging in you can close it and return to this page.