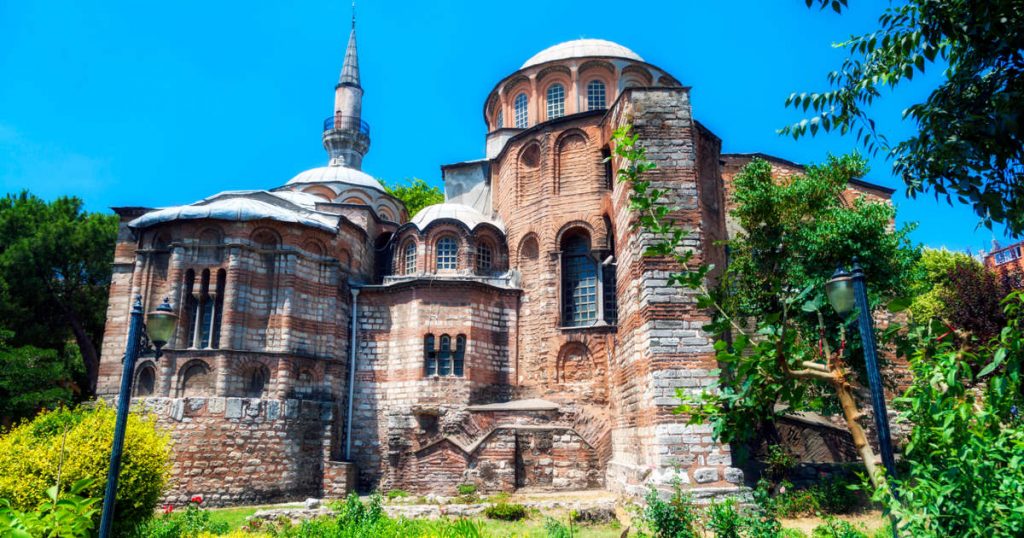 Chora church was built between 527 and 575 on the top of the sixth hill in today’s Edirnekapi district. It is a former Byzantine church, whose mosaics and frescoes are among the most important and lavish sacral cycles in the world.

In the 5th century, a chapel from the time of Emperor Justinian named Chora, which in Greek means “free land”, is said to have stood outside the city walls, which explains the origin of the name. When, under Emperor Theodosius II, the Theodosian Walls were built and the church moved further west, it retained its name despite moving into the city.

However, Chora church in its current form dates from the late 11th century. It was donated by Maria Doukaina, the mother-in-law of Emperor Alexius I between 1077 and 1081. In the early 12th century, the church was extensively rebuilt by Isaac Comnenus, grandson of the founder, and it was not until two centuries later that the almost dilapidated building became the Chora church as we know it today. These basic restoration and finishing works were carried out between 1315 and 1321 under Theodore Metochites. The resulting decoration with extensive picture cycles and mosaics are fine examples of the Palaiologian Renaissance. These are the most glorious Byzantine church mosaics that can still be seen in Istanbul.

In 1948, the church was extensively restored by the American Byzantine Society. This led to its conversion into a museum, which is absolutely worth visiting. This jewel of Late Byzantine mosaic art and fresco painting lies on an area surrounded by old Ottoman wooden houses.

With the Istanbul Welcome Card you can save valuable time. Do not wait in lines anymore. Free delivery to your hotel. Benefit from 5% discount. Further information on www.istanbulwelcomecard.com