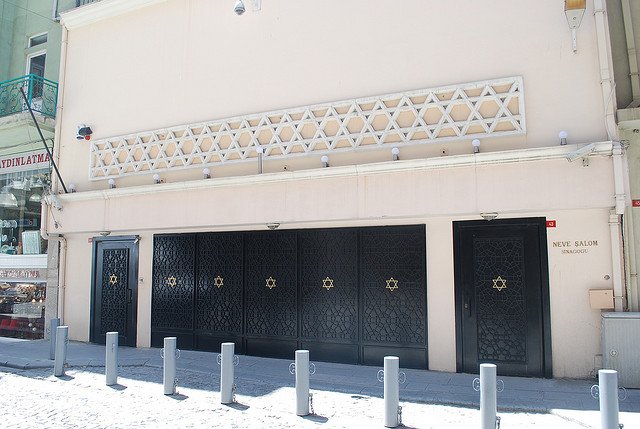 The Museum of Turkish Jews, founded on the occasion of the 500th anniversary of the arrival of Sephardic Jews from Spain and Portugal in the Ottoman Empire, was until recently in the former Sephardic Zülfaris Synagogue of 1671 in Karaköy. Now it is housed in its new premises in the Neve Şalom Synagogue in Galata.

The permanent exhibition of the Quincentennial Foundation Museum of Turkish Jews informs about the history of the Jews in Turkey and shows with the help of numerous cultural objects and handicraft exhibits, how strongly Islamic and Jewish art, symbolism and daily life in the Ottoman Empire influenced each other.

A visit to the Jewish Museum is worthwhile to gain an overview of the millennia-old history of Jewish life in Istanbul, as well as to visit a synagogue from the inside without having to apply to the rabbinate. There is also a bookstore in the museum, which offers a lot of literature on Judaism in Turkey.