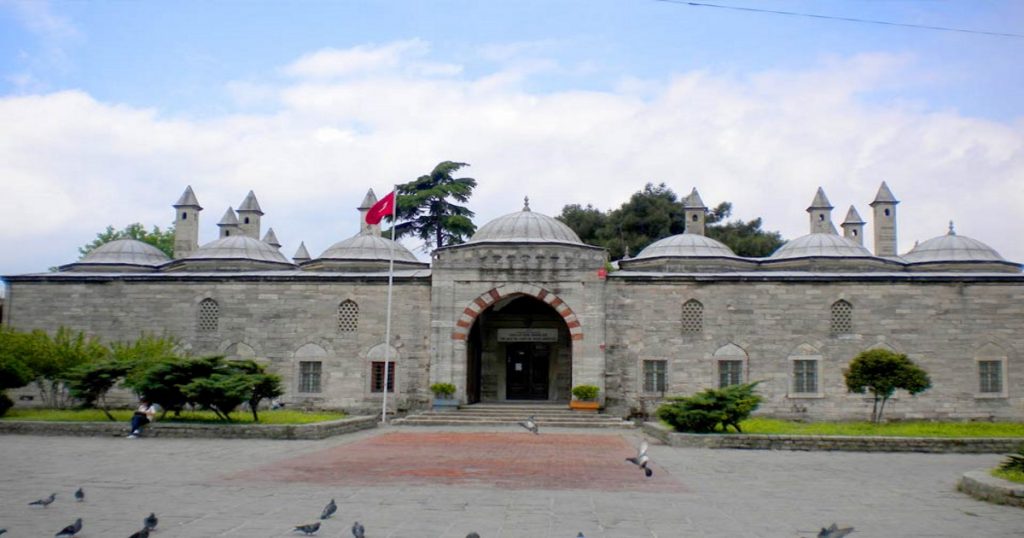 “To read beautiful calligraphy is like smelling the aroma of a tulip.” With these words, the Ottoman scholar Mustafa Izzet Efendi once described calligraphy.

The Museum of Turkish Calligraphy Art is a museum worth seeing. It is located in the historical Beyazit medrese, a former traditional Koran school in close proximity to Beyazit Square.

The impressive collection displays the advanced Ottoman art of beautiful writing. Ottoman calligraphers indulged in the Arabic-called “Hat” art. It is believed that calligraphy has become an art form due to the prohibition of pictorial representations in Islam. Also texts and prayer lines were written in the Qur’an in this writing art. It was about portraying the substantive beauty of the words of God and the Prophet with regard to content in a correspondingly beautiful external form. Therefore, calligraphy had the highest importance within all the arts. Even today, it is aesthetics for the calligrapher, a kind of spiritual geometry.

Noteworthy in the collection is the work of the great calligrapher Şeyh Mehmed Selim el Kadırı, who wrote the entire Qur’an on a blackboard from 1880 to 1887. In addition, many other historical and moving works are exhibited. The Museum of Turkish Calligraphy Art also features some of the facial hair and the earth from the holy tomb of Prophet Muhammad.

Get a glimpse of the fascinating writing art of the Ottoman Empire and let yourself be inspired by the beautiful forms of words and scripture. Learn more about the “Tuğra” – the most elaborate form of seal and signature of the sultans at that time.